The Collidoscope is a prototype synthesiser designed by researchers Ben Bengler & Fiore Martin for The Queen Mary University Of London. Based on a granular synthesiser engine the instrument is played by two performers using two mini keyboards, a gooseneck microphone and a few knobs and sliders.

WATCH “COLLIDOSCOPE: BEHIND THE CRAZY SYNTHESIZER”

The Collidoscope samples from the microphones (or line inputs) and displays in real time a waveform of the sample and allows it to be played back instantly. The main sliding knob positioned below the waveform allows for the visual selection of a portion of the sample to be played (by moving it horizontally), and for the modification of the size of the portion being looped (through rotating the knob). 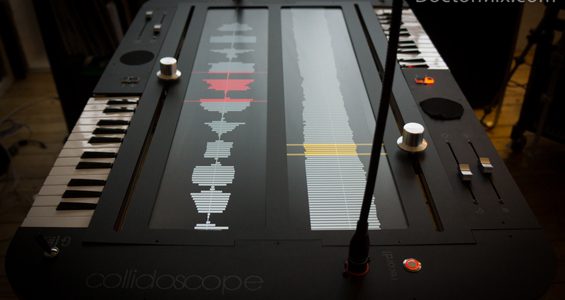 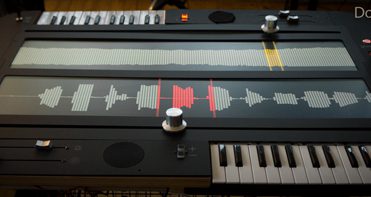 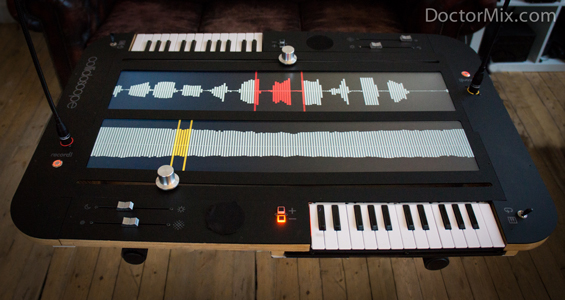 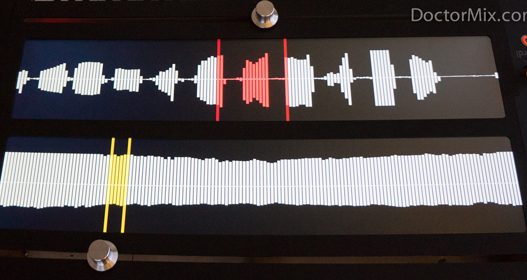 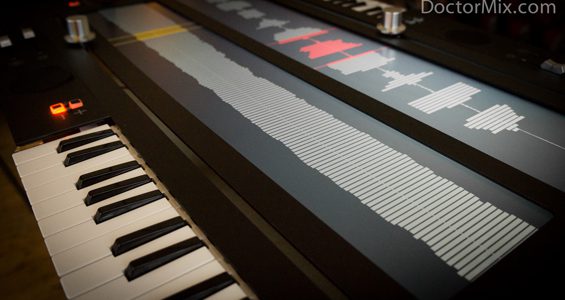 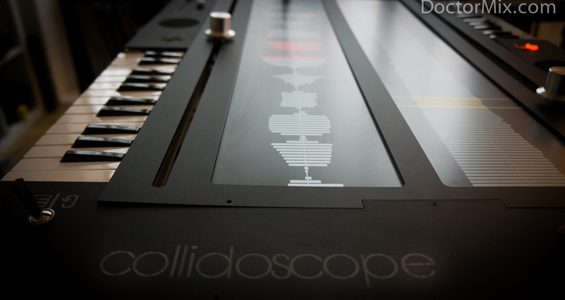 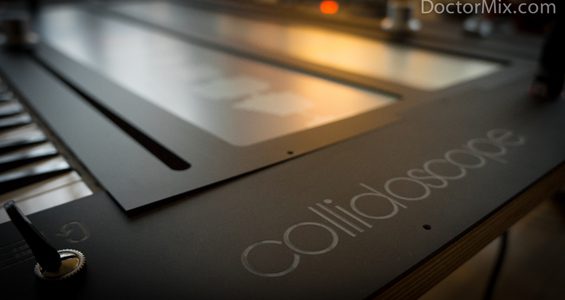 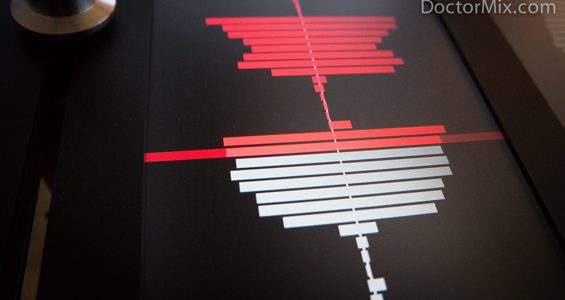 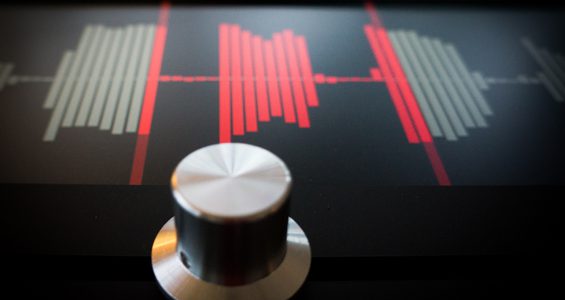 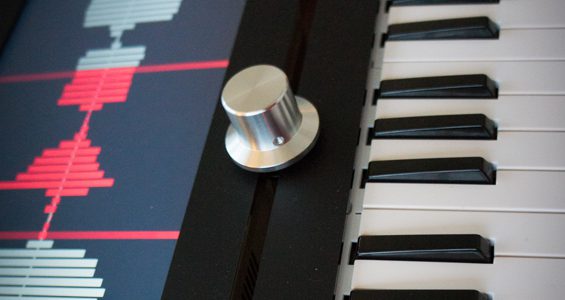 Two additional sliders allow for the high passing of the sound and for the extension of the boundaries of the loop being played to its neighbouring audio material, fading in more of the audio sample without changing the rhythm of the loop.

There are also two backlit octave selection buttons and a sturdy metal button next to the microphone base to start sampling.

The Collidoscope is revolutionary for the way in which it changes the relationship between the performer and sampling process, allowing a seemingly infinite way of manipulating the sound without interrupting its flow.

This incredibly engaging instrument is rapidly gathering the world attention thanks to a viral video we produced and posted on our FaceBook page.

Schematics and software available at the cool inventors’ website collidoscope.io.