How To Get Your Music On iTunes In 4 Steps

So you’ve written your songs, got them recorded, and now you want to release them on iTunes, one of the world’s largest and most profitable music distribution platforms! In this quick guide you’ll learn everything you need to know about it in 4 simple and immediately actionable steps. 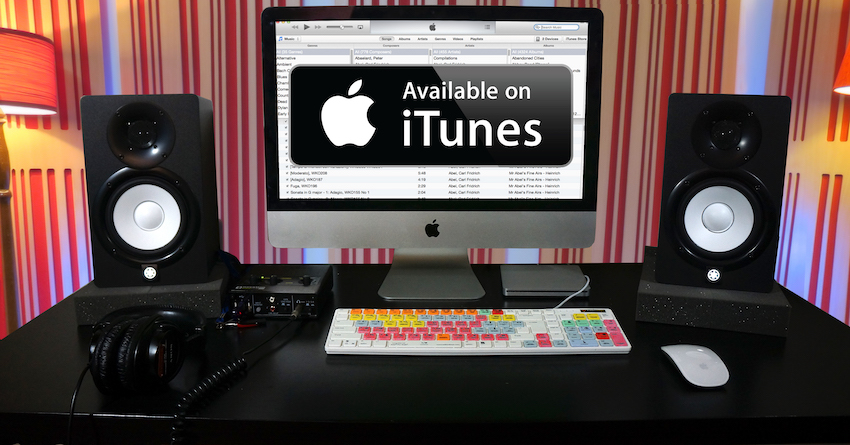 iTunes is on every iPhone, iPad, Apple Laptop or Desktop, and via Windows 7 or later for PCs. It is one of the most widely available sources for music and video and possibly the single most important platform to be on.

Individual bands, artists or labels cannot go direct to iTunes, or most other large digital retailers for that matter. Instead the content must first be sent to a distributor or ‘aggregator’ that puts all the paperwork and metadata together with the artwork and the audio content and supplies this to iTunes. This way iTunes only has to deal with a small number of aggregators rather than with a large number of individuals.

STEP 1: Get Your Music Mastered For iTunes

It’s a good idea to have your music Mastered for iTunes to ensure the highest possible quality. MFiT is a set of rules established by Apple to maximise the final master for reproduction on modern media players, iPhones, iPads, laptop computers and all the other consumer products compatible with iTunes.

Another advantage of MFiT is that your tracks will carry the official Apple badge on the audio files that people buy. Most of the top recording artists nowadays are eager to get this badge to show their commitment to the highest possible standard of quality for their music. 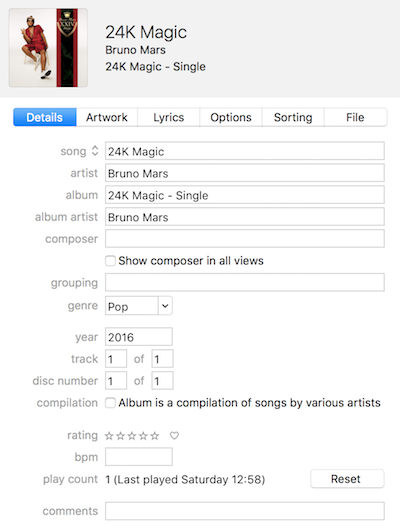 This picture shows what a track looks like in the browser when Mastered For iTunes.

You can get your music Mastered for iTunes by selecting the MFiT option on any Doctor Mix package for an extra $26/€21/£19.

STEP 2: Get Your Artwork Sorted

You can do this yourself using any photo or graphic image that you have using Photoshop or similar software. Or you can go to Fiverr and get some basic artwork designed for as little as $5!

At the very minimum, you will need a ‘Cover Pic’ to accompany your digital releases. This image has to use a 1:1 aspect ratio with 3000 x 3000 pixels, 300 dpi, RGB colour mode in JPEG format. There are several other important rules to observe: the artist name and release title displayed on your cover pic must match the release metadata exactly, and you must not include any additional information that is not required to identify the content on stores. So no social media URLs, website addresses, e-mail addresses or phone numbers!

A PDF Booklet for iTunes for your album or EP release can be a cool idea. This can have all the credits, sleeve notes, photos, additional artwork, lyrics or whatever you like – adding value to your product that can appeal to fans in many genres. But you will need to use an aggregator that accepts these – many do not!

Note: As a simple alternative to using an iTunes booklet, iTunes can print custom-made jewel case inserts to use with a CD that you burn yourself, as well as song lists and album lists. After burning a CD from an iTunes playlist you can then select that playlist and bring up a dialog box with print options that let you print a cover pic and track list.

A Bar code is a unique identifier used by retailers to track the individual ‘products’ that they sell. These codes are known as the EAN (European Article Number) or UPC (Universal Product Code). Each code consists of 12 numeric digits uniquely assigned to a particular product.

Your ‘product’ may be a Single release with a pair of tracks (like an old-style ‘single’ with an A and a B side) and possibly with a third track such as a remix or alternative version; an EP (Extended Play) release with between 4 and 6 tracks; or an Album release with 7 or more tracks.

Bar coding is widely used throughout the music industry to facilitate the processes of stocktaking, reordering and delivery, and the collection of sales data.

Most aggregators and distributors can generate fresh barcode numbers for you as part of their service. Alternatively, you can get your own barcodes via GS1, the main organisation for the supply of barcodes. 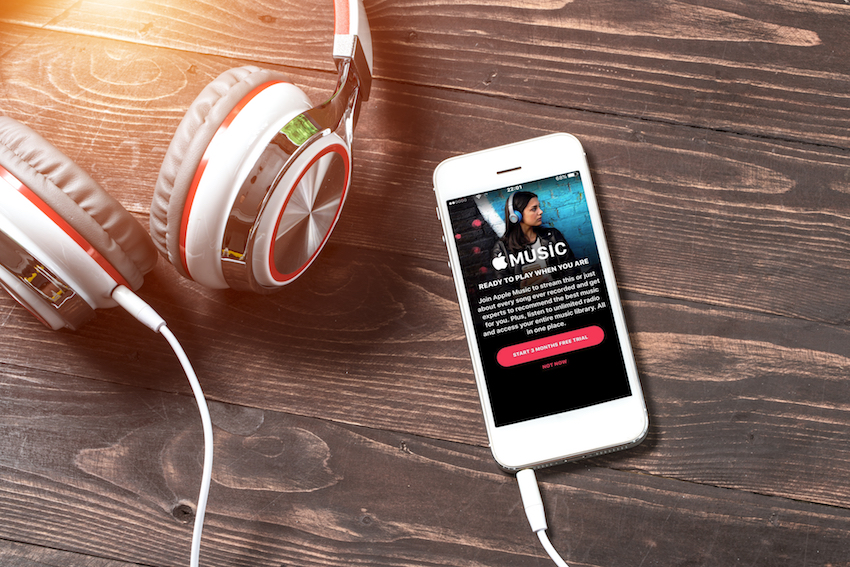 The International Standard Recording Code (ISRC) system is the international system for the identification of recorded music and music videos. Each ISRC is a unique identifier that can be permanently encoded into a recording or music video. Each ISRC number identifies a specific master. If for example you have a radio mix and an extended mix of the same song then you will need 2 different ISRC codes. Even if you have a remastered version of the same track you will need a new ISRC code.

Let’s look at an example of ISRC code. This is an alphanumeric code consisting of a series of letters followed by a sequential number: GBLMR1700013. It is made up of 12 characters where the first two characters identify the country (GB for Great Britain), the next three characters (LMR) are assigned by the relevant authority to identify the record label, the next two (17) are used to define the year of release, and the last five (00013) are just a sequential number that is used to identify the actual mix used for the release.

Again some aggregators or digital distributors will create ISRCs for you as part of their deal, although some may charge for this. ISRC prefixes are issued by PPL in the UK and by RIAA in the United States.

STEP 4: Get Your Press Release Sorted

Release notes are an important aspect of releasing your music. This where you give information about the artist, the music and what the public can expect to hear in your release. They are usually required by your aggregator and you can also use them to create a press kit that you can use for promotion.

Here are good things you can mention in your press release:
– Known DJs, radios, podcasts, magazines or blogs that support your music
– Links to good reviews
– Quotes from DJs and reviewers about your music
– Background info about the release
– Solid facts which inform retailers about the main selling points of your music

Here are things you should NOT have in your press release:
– Your personal, subjective opinion of the tracks
– Descriptions of esoteric or abstract qualities of the music
– Lengthy rambling diatribes
– Stories about how the artist crashed to earth in a meteor, discovered music called “house” and began to assimilate it… you know the type of thing!

Spread your release notes over three or four paragraphs and make sure you talk about the artist and the release in separate paragraphs. 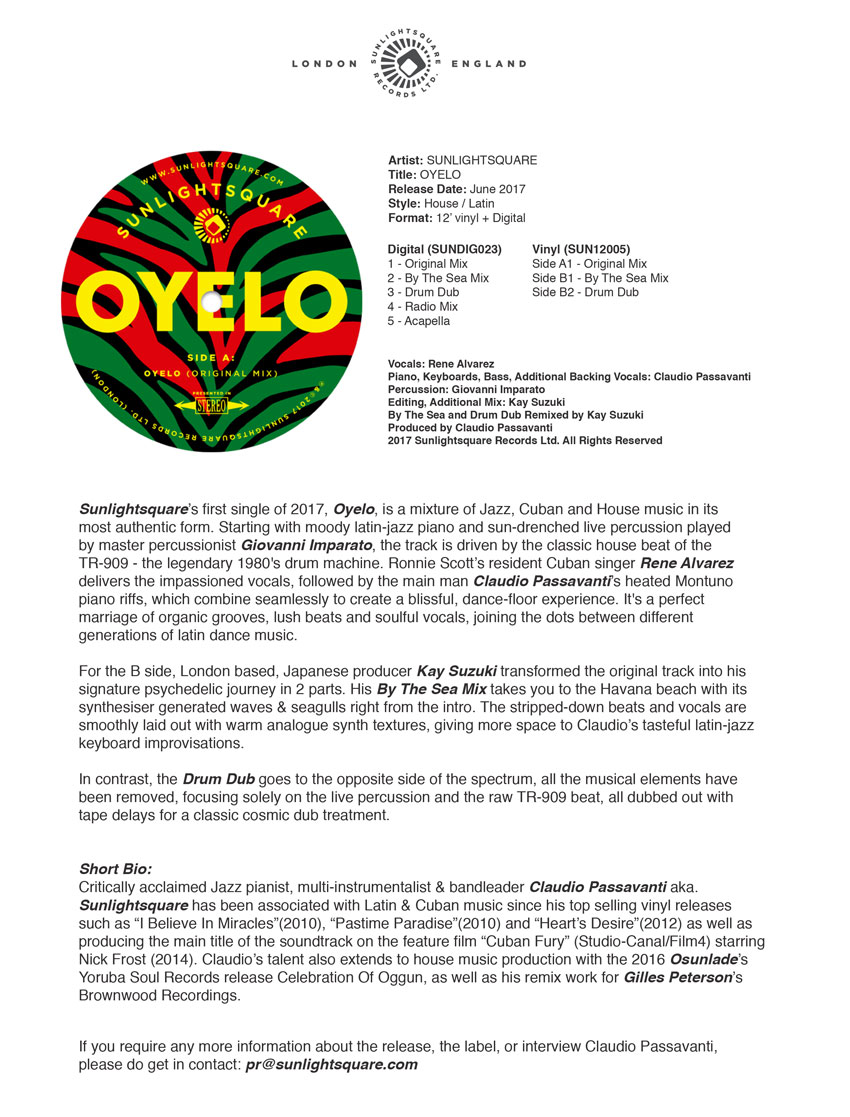 This picture shows an example of a press release.

There are many aggregators on the internet and you can always do a Google search to find these. Here are three possible choices:

Ditto lets you distribute a Single with 1 – 3 tracks for £8; an Album with 4 – 21 tracks for £24; or Unlimited Releases for £59 – yearly – and Ditto returns 100% of what it receives to you. For Juno, Beatport and Track It Down (EDM and Dance Music specialists) you pay £49 extra per year, and Chart Registration Fees for the UK and Ireland will cost you another £25.

Your release can go ‘live’ in Spotify and iTunes within 5 working days of uploading, however Ditto advises that it can take up to 3 weeks for all stores to go ‘live’. Ditto can supply ISRC and UPC/EAN bar codes for your release product free of charge, or you can use existing codes if you already have these – and you supply the artwork to accompany the music.

At Horus Music, a single release has 1–3 tracks; an EP has 4–6 tracks (or less than 30 minutes running time in total); and an album has 7+ tracks (or more than 30 minutes running time in total). A Single Package release costs £20; an EP Package costs £30; a Standard Album Package with 7–20 tracks costs £40; a Large Album Package with 21–50 tracks costs £50; and an XL Album Package with 50+ tracks costs £60. With all these packages you receive 100% of your royalties. Horus does also offer a Free Distribution Package that allows you to upload up to 99 tracks for free, but in this case, Horus takes 20% of any royalties received. Mastering for iTunes costs £20 per track. Urgent Delivery costs £60 to make your release a priority with delivery the same day. All prices include VAT.

ISRC and bar codes are supplied for free, as is pre-ordering at stores such as iTunes and Amazon. Horus does accept PDF Booklets for iTunes and offers excellent 24/7 customer support via phone, email and social media.

Tunecore lets you distribute a single for just $9.99 or an entire album for only $29.99 for the first year (but be aware that this jumps to $49.99 each following year). Ringtone distribution costs $19.99 each year.

At TuneCore, distribution costs are relatively low and you retain 100% of your music rights and 100% of your sales revenue. TuneCore supplies ISRC and UPC/Barcodes for free, or you can use existing codes if you already have these – and you supply the artwork to accompany the music.

In virtually everywhere in the world apart from the US and Mexico, the cover song license fees are all handled directly by iTunes – so you don’t need to arrange these licenses yourself. However, if you want to release your music in the US and you did not write the song, instead, for example, you recorded someone else’s song such as “Yesterday” which was written by Paul McCartney and John Lennon, then you’ll need to pay for a licence to ‘cover’ (in other words, ‘record your own version of’) this song to the original writer(s) or their publisher.

A Standard License costs $59 per song and is aimed at artists who expect to sell more than 500 digital download units, with pay-as-you-go processing fees assessed quarterly.

A Limited Licence costs just $15 per song and is best for artists who expect to sell less than 500 digital download units. You have to pre-pay all fees even if units are unsold. Once these units have been sold, re-licensing, converting to a Standard License, or ending the sale of the download is required.

How To Promote Your Music