Based in England, Prism Sound are regarded as one of the forerunners of digital audio conversion technology, and the ADA8XR is a phenomenal multi channel AD-DA interface. It sounds stunning. It looks commanding. Its incredible technical specs make it a popular choice amongst the top recording, mastering and broadcasting facilities across the world.

We compared the ADA-8XR to the Digidesign 192 which we are very familiar with, which you can see in the video below:

The ADA8XR is a 2U rack mountable unit, with a depth of roughly 38 cm. The front panel is rich with  a wealth of controls, very logically laid out so that it does not take too long to get your head around it despite the complexity of the subject at hand. The LCD display greatly helps in this area, showing options and data, as well as allowing you to save and load setups. Although the unit comes with a great degree of flexibility, we were able to just plug it and it would play correctly thanks to the well chosen factory defaults. 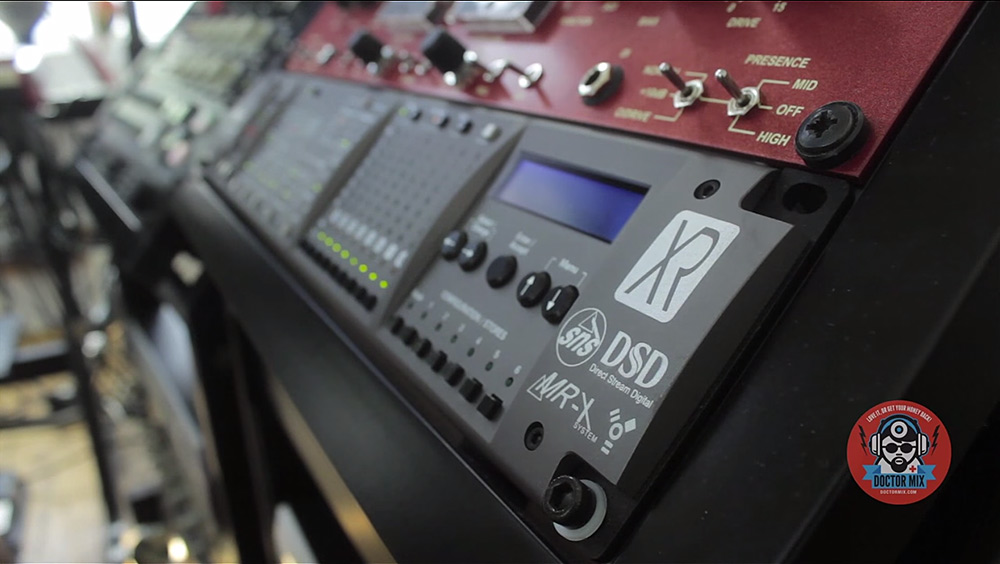 The ADA8XR provides a highly customised conversion system, offering configurable INs and OUTs (8+8 as standard). It can be also configured as 16 INs or 16 OUTs depending on your setup, with available sample rates from 32kHz through to 192kHz. The unit itself operates as a significantly higher sample rate of 352.8kHz, in order to allow for clean conversions between different standards, whilst supporting 16, 20, and 24 bit rates, and several different dithering profiles.

There are a range of clocking option available, from internal crystal clocking to external word clock, AES11, video etc. with sophisticated jitter rejection on external sources: a really vital feature for the professional mixing studio.

The unit can be configured to have a multi-channel FireWire interface which allows for integration with Logic, Cubase, Nuendo etc. But also other  cards are available for it to work with  Pro Tools HD or AES systems.

A fantastic built in feature of this interface is the Overkiller. The Overkiller is a peak limiter which safeguards against accidental clipping caused by transient signals. The threshold the soft clipping limiter acts at can be adjusted via the menu, so as to be set in the range of +5dBu and +24dBu in 0.5dB increments. This is quite useful for mastering, in order to soft clip the transients slightly (in a very musical way!) to increase loudness.

We found that the ADA-8XR brought the sound into focus; the lows sounded deeper and the top end more open. Comparatively the 192 sounded slightly veiled and less transparent, as well as not delivering the same amount of detail in the stereo image.  In other words the  ADA 8XR sounds spectacular,  it’s built like a tank and it screams excellence from every angle. Of course this kind of quality doesn’t come cheap, but Prism Sound took no compromises in its design, making this piece of gear worth every single penny!